First set the correct destination IP address and port. The port number has to be higher than 3000. For example 9050 is a valid port.

The content is sent using the UDP packet protocol and it is given in the following format (the * are substitute for the real values, see further examples): {“serial": “********",“status": *,“totalMicOn": *,“totalMicReq",*}

“serial" contains the serial code of the delegate unit. This code is shown at the back of each delegate unit, as the 8-digit number just under the barcode. 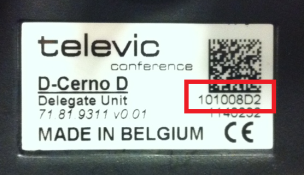 So for example if the microphone with serial “101008D2" goes into request mode the following command is send:

After a microphone conference mode change the following string is sent: